As Salaamu 'alaykum and Peace to all,


“Aargh!” Tina shrieked while swiftly pulling both her legs up off the floor.

“What?” Seri immediately jumped onto her chair, startled by Tina’s screeches.
Still confused, she asked again, “Tell me what’s wrong?” 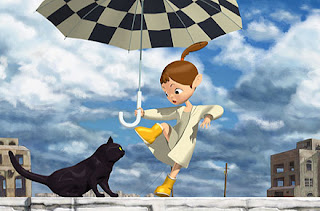 Seri had this I want you dead expression written all over her face while climbing down from the chair. Tina had lived with the fear of cats since the day she first saw one. No one could explain her fear.

Some people brushed aside her fear, citing its-just-an-in-your-brain-thingy, but, Tina knew that it wasn’t true. Her fear was real.

Would she ever overcome it? Only time would tell.

Cats, how she wished they didn’t exist. Tina cracked a smile when she remembered a quote by Stephen Wright.

Curiosity killed the cat, but for awhile I was a suspect.

Hmmm, would it be so bad if she were?

Narated By 'Abdullah bin 'Umar : Allah's Apostle said, "A lady was punished because of a cat which she had imprisoned till it died. She entered the (Hell) Fire because of it, for she neither gave it food nor water as she had imprisoned it, nor set it free to eat from the vermin of the earth." – [Bukhari Vol.4, Book 56, #689]

Astaghfirullaah. She quickly brushed away the whispers of the devil.

Then, she remembered hearing this hadeeth

Narated By Abu Huraira: Allah's Apostle said, "While a man was walking on a road. he became very thirsty. Then he came across a well, got down into it, drank (of its water) and then came out. Meanwhile he saw a dog panting and licking mud because of excessive thirst. The man said to himself "This dog is suffering from the same state of thirst as I did." So he went down the well (again) and filled his shoe (with water) and held it in his mouth and watered the dog. Allah thanked him for that deed and forgave him." The people asked, "O Allah's Apostle! Is there a reward for us in serving the animals?" He said, "(Yes) There is a reward for serving any animate (living being)." – [Bukhari Vol. 8, Book 73, #38] & [Muslim Book 26, Chapter 39, # 5577]

Tina smiled. Perhaps one day, she will be able to do that to a cat too. Perhaps.

~Your Source for Islamic Motivational and Inspirational Stories~

Anonymous said…
Dear sis Zabrina,
As salaamu alaykum,
See how kind Allah is, he rewards us for everything.
I used to be scared of cats, but now my famiy has one, so I can deal.
I even feed it sometimes, but snice I'm not a morning person i ignore its cries of hunger in the morning.
My little sister plays with it as if it's her friend.
well sister, you score once more with a wonderful story.
salaam,
Young Reader (Relief)
9:49 PM

ummahzy said…
Perhaps this is a silly comment, but I'll take a chance. Since moving to Southeast Asia, I've had to deal with certain creatures on a much larger scale than ever before. Namely, cockroaches in Indonesia and now ants in Malaysia. Cockroaches i just can't tolerate and thankfully most were left behind in Surabaya. As for ants, I find myself amazed by them sometimes and other times I'm annoyed by them. I could live beside them if they'd just
1) stay off my bed whether i'm on it or not
2) stop crawling up my arm when I'm busy doing housework or entertaining friends
3) stop crawling up my leg when I'm...
4) quit congregating round crumbs my kids leave on the floor during midnight kitchen raids. (ok, i guess that one's too much to ask)

So, what do you think...for a weak little Muslimah like me to kill an ant...well...I always end up feeling guilty about it....how about you?...

As Salaamu alaykum and peace to all,

It is so cute that we can be afraid of something that is clearly much smaller than us, eh? Insects in particular. Sometimes it doesnt make sense at all, but, it happens! Glad to know that you have overcome your own ailurophobic issue, alhamdulillaah! Take care dear little one and as always, keep me posted!

You sounded so cute when you rant about your annoyance of the ants! I totally and absolutely am with you. What can we say about ants sis?

Harun Yahya had written a book entitled 'Miracles of the Ants'. Perhaps after reading that book, we can all find a new found love for that little adorable and hardworking creatures! Lol

About killing them, hmmm...i dont know sis. Maybe we can just huff and puff them so that their light body would 'fly' away from us. But thats not a good suggestion especially if it was crawling up our leg, would it! hehe..sorry sis..

Perhaps one day i can write a story about Myrmecophobia- The fear of ants. *wink*

Dear 'Smile Its Me',

Such an intriguing username! Welcome to my blog sis *hugs*. I am glad that you liked the stories here. Please do read the ones you have missed, InshaAllaah.

I visited your blog too, and MashaAllaah, you do have interesting posts there! Take care sis and hope to see you again in the future, inshaAllaah!

D said…
Yeah, I'm actually learning from my kids to love animals more - they'd take anything in for shelter!! Good job, sis.
2:39 AM

Anonymous said…
A lovely story :) I just posted one as well on the darvish blog:

Sis D, MashaAllaah, your kids have hearts made of gold! I am sure they are going to grow up to be wonderful Muslims, InshaAllaah, Ameen.

Brother Irving, JazakAllaah for dropping by! I read your story on your blog too. Very sweet, MashaAllaah.

Anonymous said…
Salaam alaikum Sis Zabrina,
I have heard of this verse, as you know i love animals of all sizes, most of my pets are " second hand roses" as we have got them from people who didn't want them anymore!

MashaAllaah, you have got such a kind and gentle heart Cheryl *hugs*. You not only give animals shelter, but, you actually gave the ones who really need protection a home! I pray that one day Allaah shall make me love animals as much as you love them. Also, just out of curiosity, how many 'them' are there? :)) 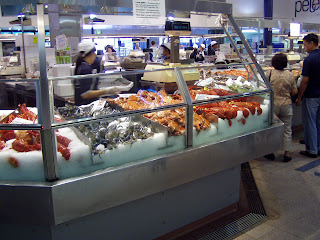 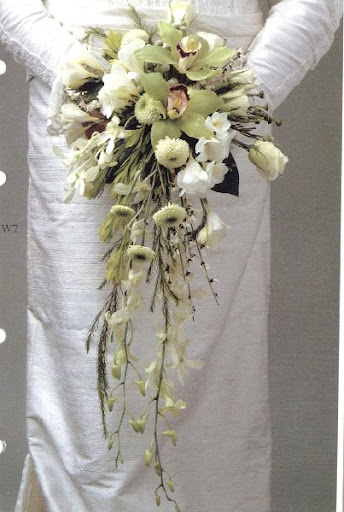